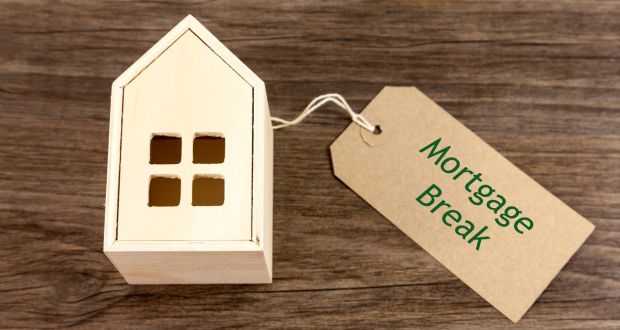 The mortgage repayment breaks introduced in response to the Covid-19 pandemic will not be extended beyond the end of this month and the banks will instead deal with distressed borrowers on a case-by-case basis, the Government has said.

Tánaiste Leo Varadkar, Minister for Finance Paschal Donohoe, and Minister for Public Expenditure Michael McGrath held a virtual meeting on Monday with the chief executives of the country’s retail banks as well as lobbyists the Banking and Payments Federation Ireland (BPFI).

The mortgage breaks, introduced in March, were initially offered on a three-month basis, but were later extended to six months.

Originally, some 89,000 homeowners availed of the breaks, but by late August about half had returned to normal repayment procedures, with about 43,000 still availing of the relief. The breaks are due to close off to new applications on September 30th.

The meeting discussed payment breaks, options for borrowers post-payment breaks and overall credit and lending in the economy.

Afterwards, the Government said it had underscored the importance of protecting borrowers and offering solutions on a case-by-case basis to customers who are on Covid-19 payment breaks.

“The recession caused by the pandemic is like no other,” said Mr Varadkar. “Nobody is to blame for being unable to pay because their job is gone or business is closed. It’s in everyone’s interest that people and firms are given more time to get back on their feet.

“Following on from today, the banks agreed that this would be done on a case-by-case basis with other options also being made available; reduced payments and interest only, for example.

Mr Varadkar insisted there would be “no cliff-edge coming” on September 30th. “This is merely the last day on which people and firms can apply for a Covid-related payment break if they don’t have one already,” he added.

The BPFI said “a wide range of solutions” were being made available for borrowers, and that following an assessment of each customer’s situation, a solution that reflected their individual circumstances would be put in place.

“The previous industry-wide Covid-19 payment breaks were not reported on the Central Credit Register as missed or past due,” he said.

“However individual solutions that now involve a further payment break or any alternative repayment arrangements are legally required to be recorded on the Central Credit Register.

“However, a customer’s good credit record can be restored over time should they be in a position to return to full repayments. It is important to state that fact.”

Irish Mortgage Holders Organisation chief executive David Hall said the move was “shameful”, would cause “additional unnecessary harm to many households, and showed the “continued unhelpful approach” of the banks.

Sinn Féin leader Mary Lou McDonald said the move was “no good to people who are very, very worried that come Wednesday, they find themselves without the breathing space that this mortgage holiday afforded to them”.

She added that it was a “disgrace” that Ministers only met with the banks two days before the scheme closes.

“The idea that Government Ministers are going in on Monday to speak sweetly to bankers and ask them to be kind to people who are to the pin of their collar in trying to meet their mortgage repayments is really quite outrageous.”

Mr Donohoe said it is “vital” that lenders work with borrowers to ensure suitable arrangements are put in place for those on payment breaks.

“Payment breaks provided temporary relief and breathing space to borrowers,” he said. “It is essential that borrowers and lenders discuss all options to ensure sustainable outcomes, on a case-by-case basis.”

Mr McGrath said borrowers should have access to a “full suite of measures” to alleviate any difficulties they may still be facing including a further payment break where that is appropriate.

“It is critical that banks and the various non-bank entities find fair and sustainable solutions for borrowers in difficulty,” he said. “The Government will be monitoring the situation very closely in the months ahead and will continue to engage with the financial institutions in the interests of customers and the wider economy.”